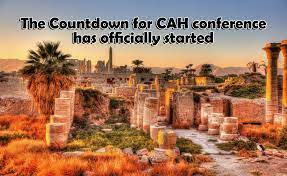 Only 2 days left for IEREK‘s international conference on Conservation of Architectural Heritage (CAH)- 4th edition which will be held onboard a Nile cruise, Adonis, sailing from Aswan to Luxor from the 31st of January to the 3rd of February, 2020. The conference aims to discuss the potential of architectural heritage conservation acting as a catalyst for regeneration in areas that involve tourism and economic development, which in turn helps businesses attract customers. It also discusses the stimulus it can produce in order to inspire new development of imaginative and high-quality design.

This conference will be a great gathering with well-known experts in the heritage conservation field including the following:

Prof. Fabio Pollice, Full Professor of Economic-Political Geography/ Director of the Department of History, Society and Human Studies at the University of Salento, Lecce, Italy.

Spending your time on the Nile cruise will let you enjoy seeing the most exciting and historic places in Aswan & Luxor such us:

The Temple of Philae is located on Isis Island, which is dedicated to the goddesses Isis and Hathor.

The High Dam: an engineering miracle was constructed between 1960 and 1970 to increase economic production by further regulating the annual river flooding & providing storage of water for agriculture and later, to generate hydroelectricity. The dam has had a significant impact on the economy and culture of Egypt.

The Kom Ombo Temple was built during the Graeco-Roman period (332 BC-AD 395).  The temple is unique because it is a double temple, dedicated to Sobek the crocodile god, and Horus the falcon-headed god. The layout combines two temples in one with each side having its own gateways and chapels.

The Temple of Edfu is the second largest temple in Egypt. It is also known as the Temple of Horus and it is the most beautiful and well-preserved of all the Egyptian temples. Located between the Egyptian cities Luxor and Aswan. The construction of the temple began in 237 BC; however, it wasn’t completed until about 57 BC.

The Luxor Temple sits in the heart of Luxor in the east bank of the Nile River. It was built by the pharaoh Amenhotep III (1390-1352 BC). The walls are decorated with some of the finest carvings in Egypt and protected because much of the temple was buried until 1885.

The Karnak Temple, located on the east bank of the Nile river, is an extraordinary complex of sanctuaries, pylons and obelisks dedicated to the Theban triad but also to the greater glory of pharaohs. This main structure surrounded by the houses of Amun’s wife, Mut, and their son, Khonsu.

Valley of the Kings is located on the west bank of the Nile River near Luxor, it’s the most well-known site for excavations of unique antiquities and ancient remains. Building Tombs was part of the ancient Egyptians’ beliefs of the afterlife and their preparations for the next world. They believed in the afterlife where they were promised to continue their lives and Pharaohs were promised to ally with the gods.

Hatshepsut’s Temple (the unique multi-tiered structure) is nestled up against the limestone cliffs at the shoulder of the river valley, a truly stunning sight. The site was used as a monastery during the early centuries. Hatshepsut’s status as the only female to rule Egypt is not the only reason for her fame but she was also a very successful pharaoh. She ruled over an era of peace, prosperity and expanded lucrative trade routes.

Check the conference program with detailed information on this following link: https://www.ierek.com/events/cah4th#conferenceprogram

Living with the Pandemic: Online or on-site? IEREK’s return to physical conferencing

Preservation of Sacred Architecture: Between Ancient and…