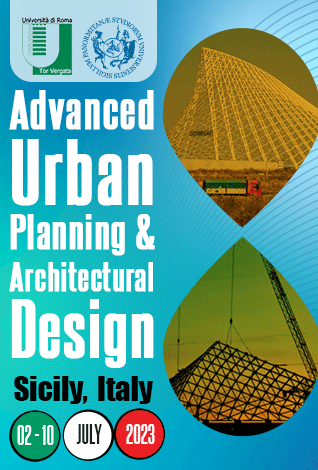 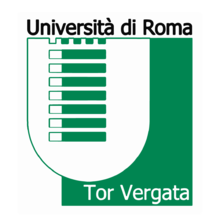 As one of the leaders and most avid supporters of the research and academic community, IEREK has always endeavored to develop and enrich innovative production. Constantly advocating for forward thinking became our modus operandi.

Because of this driving passion, we've hosted many successful summer schools where participants were able to widen their horizons and feed their love of their craft using real life application and concentrated, global, expert knowledge. We've hosted schools abroad in such locations as the culturally rich Italy and the diverse United Kingdom, where our future architects received an enriching and engaging learning experience on subjects such as "Advanced Urban Planning and Architectural Design" where they saw a real-life case study on “Vela di Calatrava; Sports City Complex”, as "Working Sustainably towards London 2020 (Smart cities, Sustainable Energy and Green IT)", and as "Dealing with the impact of Cyber Security, Big Data and Digitisation on businesses"; all while enjoying the sights and tastes of a world different from their own.

Seeing the students have this breakthrough experience has only proved the ever-so talked of benefits of studying abroad. It has taught us what one could gain from investing in themselves. Studying overseas has many fantastic benefits, from helping you find a good job to improving your social life. A few of these benefits we've compiled here.

Finally, since there is never an end to the supply of lovers of learning, and with the countless benefits these opportunities seem to always provide, we're officially reopening our Study Abroad services to the public, so to not deprive anyone from such a journey. To take part in our effort to help develop the global educational experience, just fill out this simple google form so we can reach out!

About the AUD Summer School

This program is an advancement in the field of urban design and allows students to further specialize their education in an area that interests them.

Students who have undergone varied studies that include landscape design, engineering, architecture and planning are given an opportunity to explore and experiment with architectural and urban design.

Following the success of first, second and third international summer school on "Advanced Urban Planning & Architectural Design” the 4th edition of this summer school will be held from the 2nd to the 10th of September 2021 in partnership with The University of Rome Tor Vergata.

Now, with the stadium’s raw concrete seating and a giant white cage above, the building is left to wither away.

A victim of neither poor construction nor conceit, the reason for its failure could be summarized in simple economics.

Since construction began in 2007, alteration to the project took place as to accommodate more seating.

-third of the amount allocated for the project.

Several proposals have been made to re-use the existing structure. Planning Commissioner of the City of Rome, and an Associate Professor in Urban planning at Roma Tre University, suggested a conversion of the structure into a 130 hectare botanical garden.

Some believed it damaged the landscape and community and must be put down while others suggested changing it into the Faculty of Natural Sciences for the University of Tor Vergata.

In the face of gaps, unsuccessful feasibility studies, and flawed urban designing and planning of the area that led to the failure of the project, this summer school is an attempt at coming up with solutions to re-invent and develop the incomplete structure and re-consider & re-asses the master planning of the area.

The course combines theoretical and practical studies through the delivery of a series of lectures, seminars, and studio-based work.

- Please notice that we will endeavor to assist you in obtaining a visa by providing documents such as visa invitation letter and registration proof, but the responsibility is yours and the decision rests solely with the appropriate Embassy.

- In case you could not attend the program for visa rejection purposes, you will get a refund after the reduction of a 20% administration charge and bank commission. Refunds can only be made after the program end date.

- In case you could not attend the program due to extenuating circumstances, you are to receive a refund minus a 50% administration charge and the bank commission,  to be refunded after the program end date, considering that cancellation is made 45 days before event start date.

- If the visa has already been acquired, the fees cannot be refunded.

Campus X is only an 8-minute drive from Università degli Studi di Roma Tor Vergata, with a shuttle bus service to the city center. Its design is based on the model of Domus Romana, the residence was created to promote cohesiveness and sociability and also to reflect the choice of environmentally sustainable architecture, attentive to energy conservation.

Campus X has 17 units grouped around a large park area equipped for sports with transitory passages entirely dedicated to pedestrians or cycling traffic.

It combines the university experience from off-site to campus life with many facilities such as:

Dr Hocine Bougdah is a reader and subject area leader for Technology and the Environment in the School of Architecture. He has overall responsibility for the curriculum design, delivery and assessment of the Architectural Technology subject specialism in the school at both undergraduate and post-graduate levels. He is also involved in research through the supervision of a number of researchers (currently 6) working on topics aligned with his research interests. Dr Bougdah’s teaching and research interests are focused on the technological, ecological and human aspects of architectural design. His approach to teaching “Technology” is to use it as a design generator/enabler rather than an “add-on” technical resolution to a design proposal. His research interests cover topics such as sustainable design, innovative low tech/low energy/low impact buildings, spatial experience of users and issues of culture, urbanisation and globalisation. Alongside his academic role, he runs a design/consultancy practice.

Prof. Nabil’s research has focused on the relationship between architecture and urbanism; he is interested in social behavior activities, their mutual effect on both spatial and economic variables in urban spaces, and their interrelationship with architectural design using digital simulation in forecasting their movements and behavior. He has developed and planned an area of personal research, which is reflected in his several published papers in refereed journals and international refereed conferences, in addition to the work of my postgraduate research students, whom he supervises. He has participated as a member of a research team in funding research. In addition, over the past four years he has contributed effectively to the research community by being a peer-reviewer for a number of international academic journals and conferences. Prof. Nabil has recently gained administrative experience as the Head of Faculty of Architectural Engineering in a newly established branch in Tripoli, experiencing leadership at first hand. He is responsible for a team of more than 20 faculty members and staff, in addition to more than 130 architectural students.